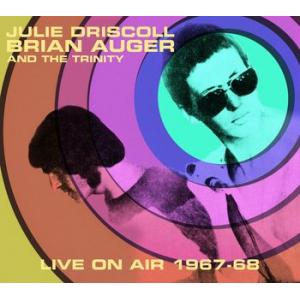 CD Packed Into A 4 Panel Digipack, UV Gloss with a 12 Page Booklet

Quality live recordings of Julie Driscoll, Brian Auger and The Trinity have been notoriously thin on the ground for some time. In recent years however, surviving material has emerged through various collectors worldwide and with significant advances in audio restoration being made, we can now present this prized edition. Boasting superbly re-mastered original broadcast recordings from their London shows and European television appearances, London Calling very proudly presents The Trinity, live in 1967/68.

With extensive liners and rare original memorabilia in a 12- page booklet, this is a golden opportunity to witness one of the era’s most iconic and groundbreaking acts to emerge in the British 60s rock underground.