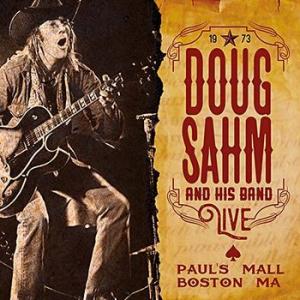 January 1973 saw the release of the acclaimed Doug Sahm & Band album, with guest appearances from Bob Dylan, Dr. John and others.

This superb set from March 29th, 1973 was broadcast on WBCN-FM at Boston's renowned Paul's Mall Club. It captures Sahm tearing through a selection of early classics (including his timeless hits She's About A Mover and Mendocino), as well as more recent material and is presented here with background notes and images.