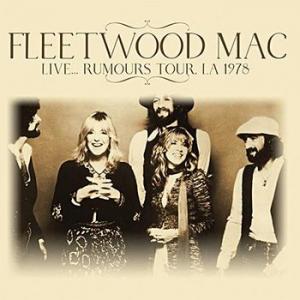 One of the best-selling bands of all time, this concert features Fleetwood Mac at the height of their fame at the end of the tour to promote their greatest album, Rumours. The gig - which took place on 30 August 1978 at LSU Tiger Stadium, Baton Rouge, Louisiana - was broadcast live by WLBP-FM.

Aside of spawning a string of hit singles (including Dreams, their only number one hit in the US), Rumours won the Grammy for Best Album in 1977 and has sold in excess of 45 million copies globally since its release.

This concert is testament to the band's consummate musicianship in the wake of its members' fragmenting relationships - indeed, the two combined beautifully and painfully, to produce one of the greatest albums ever recorded.