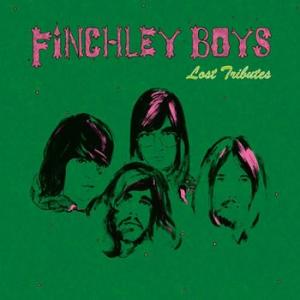 Finchley Boys are well known for their “Everlasting Tibutes” superb album from 1972 (reissued with extra tracks by ANAZITISI Records, back in 2010).

“Lost Tributes” consists of 8 unreleased heavy psychedelic tracks recorded between 1968 and 1971 by this prolific Illinois band. Included is the scheduled, but never materialized in 1969, 7” single which would have contained different, punchy and more wild, recordings of two F.B. standards, the “Hooked” and the “Outcast”. And the almost 9 minutes “Who goes there?”, perhaps the most psychedelic offering by the Boys.

All songs are coming from recently found old analog tapes, recorded either on multichannel or live in the studio. Explanation notes by Garrett Oostdyk and lot of previously unseen photos and poster.