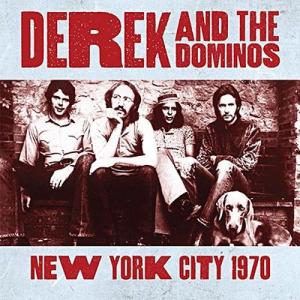 Derek and the Dominos, live at the Fillmore West, New York City 1970

Derek and the Dominos, the short-lived band that for many remain the pinnacle of Eric Clapton's long career outside of Cream.

When it comes to live performances by this group, there are two concerts that tower above all others, owing to their audio quality: two back to back nights at the Fillmore East in New York City, on October 23rd and 24th, 1970.