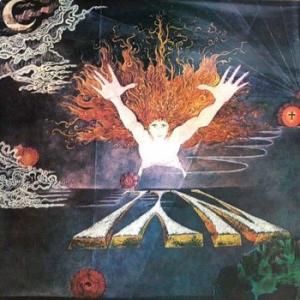 NYL’s 1976 sole release is curiously still very much under the radar despite it being one of the most intriguing French psychedelic/prog albums from the 70’s. The music is highly creative and energetic with a definite space-rock feel in the style of Hawkwind, but also a clear krautrock edge reminiscent of Amon Dull II and Agitation free. Michel Peteau’s guitar is the driving force around which all other elements create a whirlwind of sonic psychedelic infusion veering between loud psychedelia and irreverent pulsating rock groove “a la” Gong. Features Ariel Kalma (flute and sax), as well as Janick Top (From Magma) and Bernard Lavialle (from Ame Son).