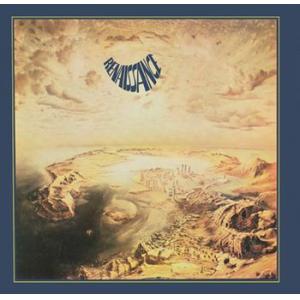 When The Yardbirds broke up in 1968, the surviving members were determined to take a fresh look at their musical aims and ambitions. Singer Keith Relf and drummer/vocalist Jim McCarty decided not to form yet another R&B group and were keen to experiment with a bold new concept called Renaissance.

‘Renaissance’, the debut album was first released in 1969 and is built around songs and lyrics composed by Keith and Jim. They teamed up with former Nashville Teens pianist John Hawken, Louis Cennamo (bass) and Keith’s singer Jane Relf (vocals & percussion).

Extended performances such as ‘Kings & Queens’ and ‘Bullet’ with their strong classical themes, can now be seen as the first stirrings of the movement thereafter known as Progressive Rock.

Renaissance came together in the Seventies with an appealing blend of classical and rock themes mixed overtones of folk. The band has undergone a welcome revival in recent years and is still performing with original members singer Annie Haslam and composer/guitarist Michael Dunford. Today they are reaching out to young audiences who appreciate their fine music and long history.

The original Renaissance began life way back in 1969 formed by former Yardbirds, Keith Relf and Jim McCarty. They released an album called ‘Renaissance’ on the Island label in 1969. But Jim and Keith didn’t enjoy touring after so many years on the road and decided to quit.

Keith and Jim were replaced by Michael Dunford and Annie Haslam. When original pianist John Hawken also quit he was replaced by John Tout. Jim McCarty carried on writing songs for the new band and also collaborated with poet Betty Thatcher, who provided imaginative lyrics. Betty also worked with Michael Dunford as the group progressed. She sadly passed away in 2011.

Renaissance enjoyed a hit single with ‘Northern Lights’, that got to Number 10 in the UK charts in July 1978.The group reformed in 1998, and in 2011 the band were back on the road with a U.S. tour fronted by Annie. Repertoire has also re-issued ‘A Song For All Seasons’ together with the ‘live’ ‘Dreams & Omens’ album.