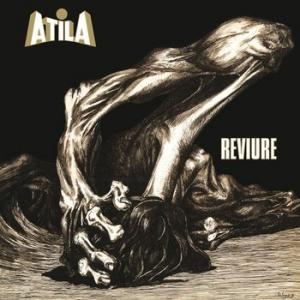 Atila where one of the best Spanish bands in the genre, their three albums are highly sought after pieces exchanging hands for high prices in the collectors’ market. After our reissues of Beginning Of The End and Intención, Reviure is here to complete your collection.

Highly influenced by the sound of bands like King Crimson and Pink Floyd, Atila also entered a high dose of kraut influenced cosmic rock to their jazzy rock experimentation, recorded with higher media than their previous LPs it was the album that should have taken the band one step further in terms of sales, but it sadly flopped in a scene that was still too attached to either the rock andaluz (Andalusian rock) or rock laietà (the Barcelona scene) movements.

The Wah Wah edition has been mastered from the original master tapes and lacquer cut by Moritz Illner at Duophonic in Germany - comes in textured sleeve, including an 8 page colour booklet with photos and liner notes by Fermí Puig.