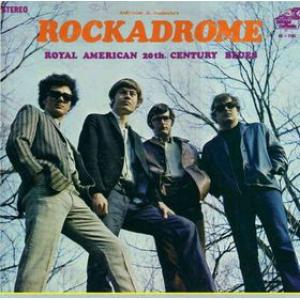 Rockadrome: Forty years after they released their only album, the name excites fans of psychedelic rock. Recorded in a time when creativity counted for more than commercial appeal, the album was recorded for the eclectic Sound Canada label. It sold poorly, but was rediscovered as part of the revival in interest in psychedelia; the only problem-copies of the original album are incredibly rare (and incredibly expensive!). Studio owner and executive producer Art Snider (who had discovered and first recorded a young Gordon Lightfoot years earlier) was inspired enough by Rockadrome's first sessions to basically give engineer/producer Ray Lawrence free reign to carry the project in whatever direction it might go. Fortunately, it was an era of experimentation, studio clocks could mostly be ignored, (there was a belief that the best stuff was done after dark) and so Rockadrome was given an after-hours slot. All through that fall and winter, the songs were refined, recorded, tossed and replaced. Contemplated. Even the physical process became a strange routine. The guys would need to phone the studio by 5 pm to check that the evening schedule was open, then scramble into their cars east of Toronto & head down the 401. The results show that the band deserve their reputation. Extensively remastered, this is the first legitimate reissue."