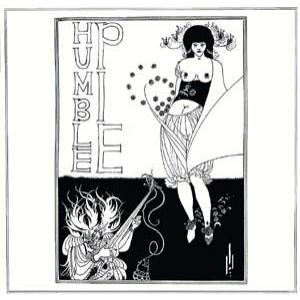 Digipack CD
Humble Pie was hailed as an exciting new 'supergroup' when launched amidst great fanfare in the summer of 1969. Starring the combined forces of British pop idols Steve Marriott and Peter Frampton, they were destined for international stardom and became one of most successful rock bands of the Seventies. Marriott, the powerful singer and raunchy guitarist had left the Small Faces to team up with Frampton, former singer and guitarist with The Herd. Together with bassist Greg Ridley and drummer Jerry Shirley, the breezy young band set out to conquer the world with a succession of splendid albums and singles. 'Humble Pie', their third album, was first released on A&M in 1970, in a distinctive Beardsley-style gatefold LP cover. This welcome CD reissue features eight original tracks, with the band in mostly relaxed but funky mood. Their calm authority is notable on the slow paced 'Live With Me', while Marriott's sense of humour is evident on 'Only A Roach' and the rocking 'One Eyed Trouser Snake Rumba'. Jerry Shirley's dynamic drumming, Peter's fluent guitar work and Glyn John's tasty production makes this one of the Pie's most satisfying albums and a fine memorial to the late Steve Marriott and Greg Ridley.
Track listing: LIVE WITH ME ONLY A ROACH ONE EYED TROUSER SNAKE RUMBA EARTH AND WATER SONG I 'M READY THEME FROM SKINT (See You Later Liquidator) RED LIGHT MAMA, RED HOT SUCKING ON THE SWEET VINE