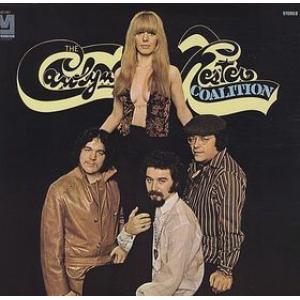 Both Carolyn Hester Coalition albums are fine examples of US west coast style hippie fuzz psychedelic folk rock, like Neighb'rhood Children, Birmingham Sunday and similar outfits. They were recorded in 1969 and 1970 on the METROMEDIA label and are considered to be a must have for US dreamy folk psych music collectors. First ever reissue on vinyl"

Magic, Man
East Virginia
Tomorrow When I Wake Up
Be Your Baby
Big City Streets
Half the World"

Let's Stay Together
Hey, Jay
Last Night I Had the Strangest Dream
The Journey
Buddha (Was Her Best Man)"