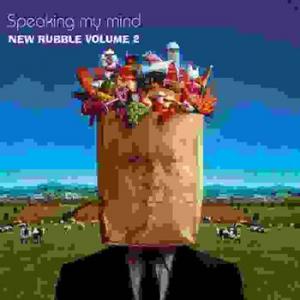 Prog/psych is a genre generally neglected by singles collectors as the bands of the time were known mainly fortheir album output rather than their 45s. This compliation aims to set the record straight by bringing some of thebest examples of the genre to the attention of aficinados, a timely enterprise as many influential DJs are activelyseeking Prog/psych singles to play, exposing them to a wider audience and driving up the price of originalsaccordingly
Track listing:1. THE RATS: Dragon Child. Little or nothing is knowabout this band. In style, very similar to The OpenMind's Magic Potion2. RESCUE CO.NO.1: It's Only Words.JAM45. Thisexcellent track boasts a particularly haunting organbreak3. TAICONDEROGA: Cool bongos and a slinky bassline culminating in one amazing fuzz guitar solo. Thisis definitely one to watch as it's destined to become aclassic of the future4. EIRE APPARENT: Yes I Need Someone. An Irishband that not only toured the States with Hendrix, buthad the guitar legend producing their recordings butalso playing on several tracks including this one5. RUMPLESTILTSKIN: Squadron Leader Johnson. Atrack that originally appearing on their eponymous USalbum (Bell 6047)6. THE IMPOSTERS: Q111.Widely assumed to be apseudonym for the more well known '60s band TheEyes Of Blue7. GLASS MANAGERIE: Do You Ever Think.Probablybest known for their psych classic Frederick Jordan,although this track is every bit as mind-blowing8. THE OPEN MIND: Magic Potion. The band enjoyed aproduced one highly-acclaimed album for Phillipswhich included this truly brilliant psych/prog9. NANCY: Hesitatin'.Not a thing is known about thisband other than this Decca single is their onlyrecording10. THE MONTANAS: Doctor Nero. Signed to GordonMill's MAM label (a Decca subsidiary). This seems tobe their only know recorded effort11. RAW MATERIAL: Traveller Man.A progressive rockband better known for its albums, both of which arenow highly collectable.12. OPUS: Baby Come On.A band formed by Britishservicemen stationed in Germany in the mid-'60s.13. PUTNEY BRIDGE: Meaning Of Love. The band foursingles on the Chapter One label14. THE FRUIT MACHINE: I'm Alone Today. One ofthree singles the band are known to have recorded.15. ANDROMEDA: Keep Out I'm Dying.Andromedamade one incredibly rare album. This was their onlysingle16. RUMBLE: Let Me Down. 1970.This organ andguitar-based track is the band's only known release.17. RARE BIRD: HammerheadRare Bird employed anunusual two-keyboard sound.18. WALRUS: Who Can I Trust.A jazz/prog outfit whichsuccessfully merged a straight-ahead power soundwith a brass section. Similar to Audience but muchheavier.