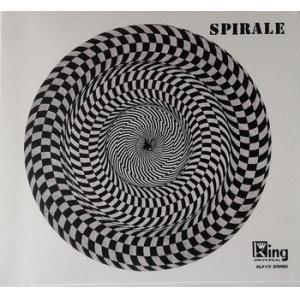 Very limited Marble Blue Vinyl reissue First and only record recorded by this Roman band to be included in the line of Italian jazz-prog, alongside high-sounding names such as Napoli Centrale and Arti & Mestieri, but also to "minor" groups such as Maad , Hexagon and center of gravity. The album contains four tracks, two long suites - Cabral and Peperoncino (old things, new things) - and two short performances (Rising and Una balata per Yanes). The optical image of the album cover is very particular. Rising is a well-made jazz song. We witness the perfect fusion of all the instruments, interspersed with a single drums, from which, for most of the piece, the winds of Giancarlo Maurino (sax) and Gaetano Delfini (trumpet) emerge and in the end the keyboards of Corrado Nofri. Start from "tropical forest" for Cabral, then the bass of Peppe Caporello takes over, followed closely by piano, drums and wind instruments which give us another great jazz performance. As in Rising, the wind instruments, in this case the trumpet, will take over during the piece. After more than seven minutes there is a "South American" return thanks to the tribal rhythm of Giampaolo Ascolese, supported above all by the plan in the initial phase. In the end we return to jazz. Ballad for Yanes is a very romantic short performance, a ballad based basically on the piano and a very light drums. The longest track closes the disc. Peperoncino (old things, new things) recalls the first two tracks of the album. The amalgamation of the tools is fantastic. Winds, bass and piano are the masters. If in Rising the solo was on drums, now it's up to Peppe Caporello's bass to embellish the piece. After about six minutes, a beautiful wind game enters the scene and then leaves space again on the bass, and on the piano. For lovers of jazz, but also of the prog, it is an album absolutely to be rediscovered, even if it is extremely rare to find in the vinyl version ...verso la stratosfera.....~