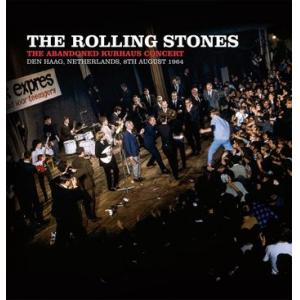 The Rolling Stones’ first gig in Den Haag, Netherlands at the Kurhaus on 8th August 1964 descended into chaos after a riot erupted 28 minutes into the set, and security staff brought the show to an abrupt halt. This AVA limited edition book pack contains a 10 inch record of the performance broadcast by REM Island, a reproduction of the original concert poster, a 32-page booklet full of previously unseen colour photographs taken at the concert (both during and after), and interviews with some of the fans that attended the gig. Also included is a DVD, which captures the mayhem, as well as interviews with the Stones chauffer and Bill Wyman.

Whilst the audio may not be of soundboard quality, this unique artefact, strictly limited to 1000 hand-numbered copies, is a wonderful opportunity to own a unique slice of rock history.