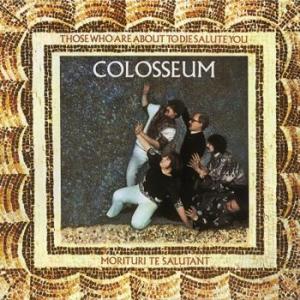 Those Who Are About to Die Salute You is the debut album by progressive Jazz rockers Colosseum, released in 1969. It is one of the pioneering albums of jazz fusion. The title is a translation of the Latin phrase 'morituri te salutant' that according to popular belief gladiators addressed to the emperor before the beginning of a gladiatorial match.

This is a powerful album, unleashing each member's instrumental prowess while consolidating each talent to form an explosive outpouring of progressive Jazz/Rock. Nothing but praise for the variety and uniqueness of each song, the playing of the musicians, and the group's ability to create a blend of Jazz, Rock, and Classical elements that was unconventional yet accessible.

The album reached number 15 in the UK Albums Chart.