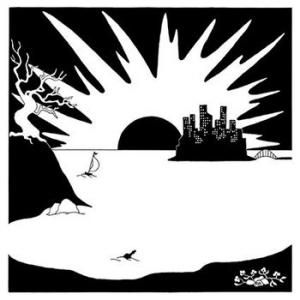 First vinyl reissue of this Swedish psych treasure. Captured on tape with two microphones deep down in a basement in the university town of Lund, the eight songs that make up Tramseböx are full of crude DIY-charm. The album was privately released on Chockskivor in 1976 on a couple of hundred copies and has become a collector's item ever since, on occasion demanding up to $1000. Listening to it, it's easy to understand why those who have heard it love it so much. Although the band sound very young and inexperienced, somehow they manage to create an eerie atmosphere that works really well. The best tracks on this largely instrumental LP are downer psychedelia with jammy parts and some progressive moves added for good measure. The live recording - with vocals added afterwards in a professional studio - fits the vibes perfectly and only enhances the experience. While Tramseböx is difficult to compare to other albums, most people will hear traces of Swedish, American and German underground rock. The bastard child of Träd, Gräs och Stenar, Bent Wind and Grave?