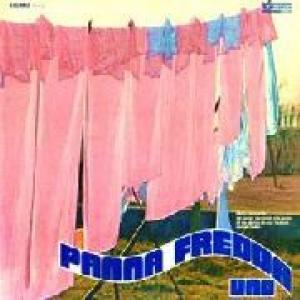 With a great album, highly representative of the Italian prog sound, Panna Fredda should have deserved some more success, but theirs is the typical story of a band having a record deal and not being able to produce an album before their definitive split. The band was from Rome, formed in the 60's as I Figli del Sole and later I Vun Vun, from the name of a popular club where they used to play very often. After the early contacts with Vedette that group's line-up reduced to a quartet, leaving out a horn section that also included sax player Giulio Carnevale (brother of drummer Filippo), and adopted the definitive name Panna Fredda.

Two singles were released in 1970 by Vedette, whose unreleased songs "Delirio" and "Strisce Rosse" appear here as bonus tracks.

Their first album, "Uno", was finally released in 1971, but as mentioned above, the group had already ceased to exist by the time of its release, as the various members had to join the army for their call-up.

All the tracks on the album were composed by singer/guitarist Angelo Giardinelli, and the LP contains six long cuts, mostly based on a very effective guitar-keyboards interplay. Some English prog influences can be heard, like on "Un re senza reame" based on Heaven from Gracious' first album. Classical influences are evident, especially in the keyboard parts, but the music is convincing and impressive. The voice is good, the lyrics original and the album has no weak moments.