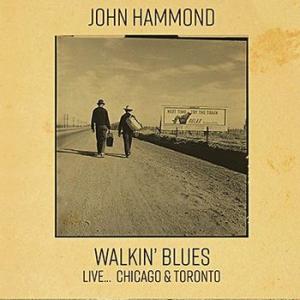 John Hammond, also known as John Hammond, Jr. and John Paul Hammond, made his first album in 1962 aged 20. He was a part of the legendary New York City Village music scene of the 1960s and while his friends were out there revolutionizing rock music, he concentrated on the blues music that gave birth to it.

A lifelong devotee of legendary bluesman Robert Johnson, Hammond tells a story with every song and confirms that there is no better storyteller out there.

A Tribute to Robert Johnson