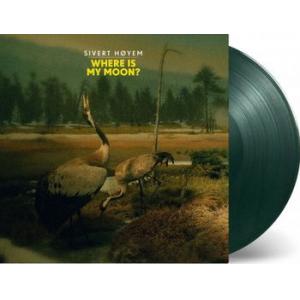 PREORDER TO SECURE A COPY - SHIPMENT WILL BE ON MONDAY, APRIL 15TH

Sivert Høyem released his EP Where Is My Moon? in 2012, including 4 previously unreleased songs. Sivert Høyem had his breakthrough as a singer with the rock band Madrugada in 1999. Madrugada won several Norwegian Grammy Awards and toured Norway and Europe until the band dissolved in 2008. Høyem has released seven albums and several singles/EPs as a solo artist.

Where Is My Moon? is available as a limited edition of 1.000 individually numbered copies on moss green vinyl.