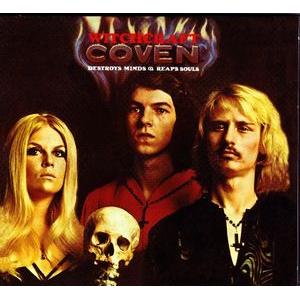 250 pcs limited repressing Coven’s sound is inspired by the occult, as is immediately evident from their song titles and lyrics which speak of demons, witches and satanic rituals. This album, released in 1970, attracted many fans of the genre, in part because a track titled “Black Sabbath” and the presence of a bassist by the name of Oz Osborne gave the band an air of mystery, however, this American band is of no relation to their famous English counterparts. Coven nonetheless, bring us a high quality album, both from a musical and visual standpoint (thanks to the dramatic cover). Notable tracks include “Satanic Mass” (a full out black mass with all the trimmings).