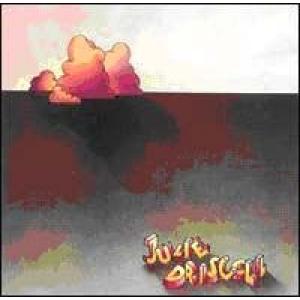 Eclectic Discs is proud to release Julie Driscolls lost classic album "1969" on August 29th 2006. Recorded following the disbanding of Julie Driscoll, Brian Auger and the Trinity (who scored a worldwide hit with their highly imaginative cover of Bob Dylans "This Wheels on Fire"), the album remained shelved until January 1971 when it was released by Polydor records.

The sessions featured a stellar cast of guest musicians from the worlds of jazz and rock, such as Elton Dean, Nick Evans, Karl Jenkins and Marc Charig (all members at one time or another of Soft Machine), Brian Godding, Jim Creegan, Brian Belshaw (from the legendary group Blossom Toes) and other celebrated lumini Chris Speeding, Bob Downes and Keith Tippett (future husband of Julie Driscoll).

"1969" is a unique work which veers from folk influenced work to experimental free form jazz, showcasing the vocal ability of Julie Driscoll, surely one of Britains greatest ever female vocalists. The release of the album, (remastered from the original master tapes), is another milestone in Eclectics catalogue reissue series and is sure to receive enthusiastic coverage in the "quality" music press.

A New Awakening
Those That We Love
Leaving It All Behind
Break Out
The Choice
Lullaby
Walk Down
I Nearly Forgot, But I Went Back