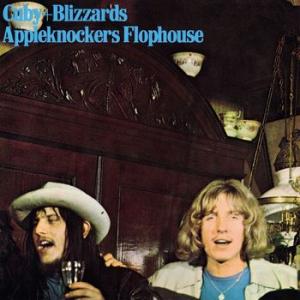 The legendary Dutch blues formation Cuby + Blizzards, founded by vocalist Harry Muskee and guitarist Eelco Gelling, released their fifth studio album in 1969. It contains most self-written songs and a few covers from well-known, international blues artists. The band does not only play blues music but also more solid rock, such as on “Midnight Mover”. The title song, Appleknockers Flophouse, is one of the best-known songs by the band. Guitarist Eelco Gelling is playing some fantastic guitar parts, while Muskee's voice is the blues at its best.

Appleknockers Flophouse is available as a limited edition of 1000 individually numbered copies on transparent blue vinyl.