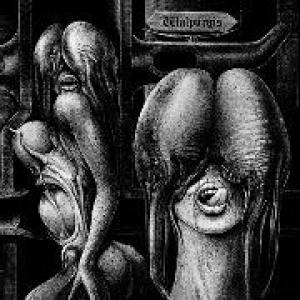 The Shiver are for sure the most renowned psychedelic band from Switzerland. Their one and only LP "Walpurgis" (from 1969) is legendary and hardly affordable. So, evidently, a lot of bootleg versions appeared on the market over the years, but all of them very poorly done. The LP on Garden of Delights comes in a gatefold cover and, as usual, with a 4-page insert in LP size, including a detailed band history in German and English language, discography, cover and label repros, band photographs etc. The LP has three bonus tracks. Two of those are taken from the very rare sampler "1. Schweizer Rhythm and Blues Festival". The early version of "Repent Walpurgis" comes from a so-called split single from 1968, where you can find The Etc on its flip side. Thus, the complete released works of The Shiver can be found on this LP. The fold-out cover artwork designed by H. R. Giger was taken over unchanged."