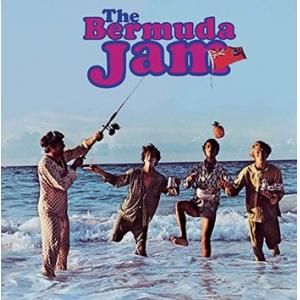 The Bermuda Jam's only known contribution to the 1960s music scene was made with Dynovoice in 1969, a self-titled psychedelic mod/soul crossover jamboree that, contrary to its detractors, holds delightfully unexpected highlights. Somewhat cruelly neglected and mistakenly overlooked in the past, The Bermuda Jam and their lone album have been assigned to bargain bins with an unjust lack of foresight. The history of the band offers an interesting glimpse of the local garage punk scene with connections to The Gents and The Savages, both of whom have enjoyed retrospective cult status with the 'Pebbles' series et al. Other connections include Sly & The Family Stone, Joe Cocker and Pink Floyd. But name-dropping aside, this small Bermuda outfit wield some of their own tasty magic for their one-off album deal in 1969. Infectious Hammond and psychedelic studio trickery with ample fuzz and wah-wah make for a thrilling late psychedelic entry that should not go ignored. This is a professionally re-mastered original sound recording, with detailed background liners and rare archival photographs.