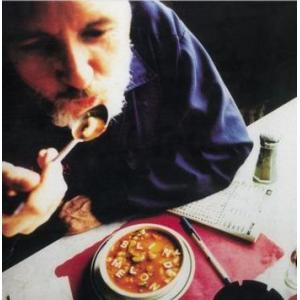 Soup is the second studio album by American rock band Blind Melon, released eight weeks before vocalist Shannon Hoon's fatal drug overdose. The album proved to be a challenging, gripping record that is just as strong and perhaps even more rewarding than their debut album.

The producer of the album, Andy Wallace, is seen on the cover, sipping soup.

In 2005, Soup was ranked number 357 in Rock Hard magazine's book of 'The 500 Greatest Rock & Metal Albums of All Time'. This album is now available as a limited edition of 3000 numbered copies on yellow vinyl. The records are housed in a deluxe gatefold jacket with the original 4 page "Menu" booklet.