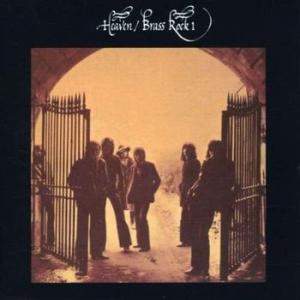 Heaven, a jazz rock group from Portsmouth, burst forth onto the British rock scene in 1970 when they appeared at the legendary Isle of Wight festival sharing a bill with The Who, The Doors, Jimi Hendrix et al. Making a stunning debut, the band (now managed by festival organiser Rikki Farr), soon secured a recording deal with CBS Records who signed the band for a large advance. "

The resulting double album "Brass Rock 1" appeared in 1971, adorned in a lavish fold-out sleeve. Well received critically, the album failed to achieve the expected success and Heaven soon disbanded, leaving behind a fine example of classic jazz rock. Officially released on CD for the first time, this Esoteric Recordings reissue is digitally re-mastered from the original master tapes and restores the artwork of the album in full. "