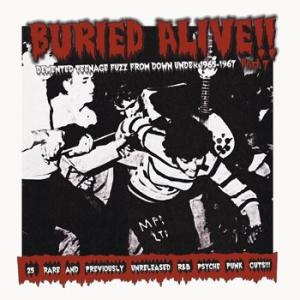 The world down under produced some of the most ferocious and truly demented sounds to have emerged from the 1960s. Crammed full of fuzz, distortion, feedback and screaming, this uncompromising sound was the precursor to punk rock. Buried Alive!! Volume Seven conjures up another stunning collection of rampant amphetamine fury, jammed tight with the most vile and repulsive '60s delinquency ever put together. Following on from the ground-breaking six-disc anthology released last year, Volume Seven makes for an essential and exciting addition to your boxed collection!! Professionally re-mastered original sound recordings; includes a full-colour, 20 page booklet with expansive liners containing group biographies, archival imagery, and previously unreleased recordings with original audio artefacts.