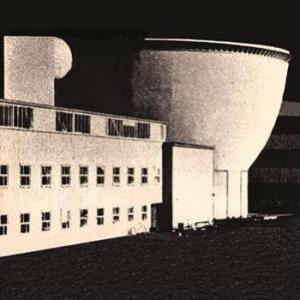 Color Tapes was the brainchild of future Sun Dial leader Gary Ramon: "Living in East London, it was a very grey and bleak time. Huge imposing tower blocks, gasworks and concrete just about everywhere. You couldn't walk through some areas without the risk of being shot at by an air rifle, or worse. Luckily, salvation was in the music. The musical landscape was changing. I saw a very early gig by an unknown all-synth band called Depeche Mode at a dingy pub under a flyover called The Bridge House in Canning Town, London. Following this I saw Grandmaster Flash & The Furious Five and started buying records by the likes of Afrika Bambaataa. At the other end of the musical spectrum, we were picking up records by Stockhausen, John Cage, Pierre Henry and Moondog, and combing junk shops for anything else that looked interesting!"

The UK cassette scene and DIY ethos were thriving. Color Tapes was born. Home multi-track recorders were luxury items. They had to make do with sound on sound recorders, bouncing between reel-to-reel and cassette machines if they wanted stereo. What you're about to hear for the first time since those days is a snapshot of Color Tapes: released material and other unissued tracks too. This compilation is the first of a series of Color Tapes/Lion Productions releases of material from the Color Tapes archives.