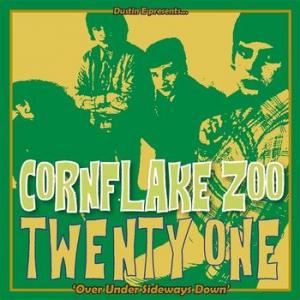 Somewhere in the psychedelic cosmos of yesteryear, lay the blueprint for prog rock, glam rock and punk rock. These rocking bastard sons of psychedelia would rock their cradle in time, but their forefathers would smash it to pieces. Emerging from the post-war rubble, these adolescent architects of beautiful noise would only arm themselves with guitars and drums and hopes and dreams.

Once again, Dustin E finds himself immersed in juvenile concerns of a dubious nature to unveil another spectacular instalment of joyous youthful folly from the rather shapely rear end of the 1960s.