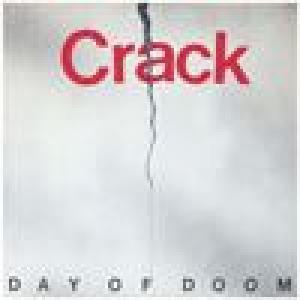 This originally appeared on the Tiger Lily label, and although musically quite different, both recordings boast the same high production values, with the sound on this record, which is widely regarded as one of the label's best albums, being particularly good.Tiger Lily was another alleged tax scam label, this time owned and run by Morris Levy, the head of Roulette, who was supposedly connected with a well known crime family and enjoyed the dubious distinction of being the model for Hesh in the Sopranos! During its brief lifetime the label released at least 70 albums from the likes of Dobie Gray and Richard Prior, as well as a clutch of obscure psych albums which have disappeared without trace.Day Of Doom (Tiger Lily TL14048) apart from its rocking 12-bar opener, features some of the best hard rock psych you're likely to hear, with some outstanding flute in the Ian Anderson style and some fine synth work augmented by some strong piano and accompanying strings. Many tracks feature some decidedly jazzy interludes.A well produced and brilliantly executed album which is sure to delight the discerning listener. Highly recommended.Artist: Crack
Track Listing: 1. Early Riser 2. The Sailor Song 3. Evil And Cruel 4. Day Of Doom 5. Andrea 6. Earth 7. Me And My Momma 8. The Brighter Side