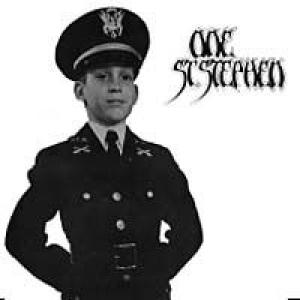 Another private pressing, this time one that first saw the lightof day on the Owl label in 1975.Despite the somewhat controversial cover, this is an albumwhich is generally regarded as one of the finest heavy acidpsych albums of its time. One reviewer described it thus:“Side 1 opens and closes with extended, awesome moodypsychers which will blow you away. Poe, heroin and JimMorrison all help shape Stephen’s outlook, which results inone of the more distinct late autumnal moods [ever]manifested on vinyl. Good vocals, some howling fuzz andoccasional use of moog in typical ‘70s acidhead fashion”.One St Stephen has been issued on CD before (on an unknownAustrian label in the ‘90s), but that particular versionerroneously included 2 tracks by a completely different band(St Steven, from Boston), so this is the first time that thishighly-regarded album has appeared in its original form.Another great Radioactive reissue. Highly recommended.Track Listing1. November Edgar2. November3. You Maybe Religious4. Nightly Drift5. Old Man6. Junkie’s Lament7. Twelth St. Shuffle8. Richer You Get9. Dash In The Rocks