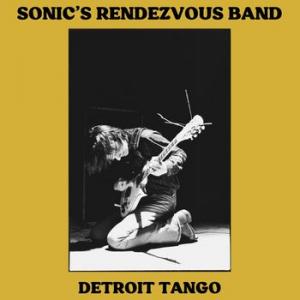 We’re proud to present the vinyl debut of the legendary Sonic’s Rendezvous Band’s “Basement Tapes” from 1976! Previously only available as part of a six CD box set released 15 years ago, this album includes some outstanding live rarities as bonus on the second disc, original photos, new liner notes and a new vinyl master! Released on deluxe band-approved double LP black and limited edition red colour vinyl in a gatefold sleeve.

“To say that Sonic’s Rendezvous Band has been a big influence for a me as a musician would be an understatement. Crank it up and feel the power of the greatest band no one ever heard of.” – Nicke Andersson, 2019