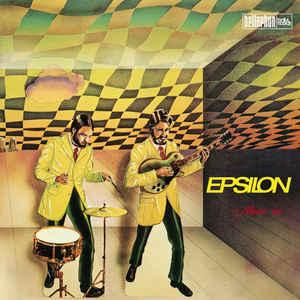 EPSILON's music improved considerably on their second offering MOVE ON (1972). It consists of clear prog-rock elements like inspired organ passages, classical music parts, some more complicated soloing or beautiful acoustic guitars fragments. But still the sound of the band had changed since the release of their debut album. Following a more commercial approach, the songs became shorter and the guitars more prominent. Nevertheless a few tracks on MOVE ON are absolutely essential for prog rock fans. When the album came out, they could be seen as a German parallel to TRAFFIC, with their soulish vocals, instrumentation of organ, guitars and flute and their slightly jazzy mood - just listen to the tracks FEELINGS and MOVE ON. At the time of MOVE ON's release in December 1971, both Ortel and Ertl had already quit. EPSILON, which was originally formed from the ashes of the two legendary formations NOSFERATU and ORANGE PEEL, virtually moved on! This revamped group warmed up for the British band IF, during their German tour of 1972. Peter Koch (ex-Jeronimo) was temporarily added as a fifth member during this year. Produced by Peter Hauke and Dieter Dierks. Guests include Curt Cress (drums), Rainer Marz (backing vocals, guitar, ex-Jeronimo), Pete Bender (backing vocals, aka Wyoming) and Christian Felke (flute, ex- Nosferatu). Remastered 2017 by Stefan Noltemeyer, Berlin