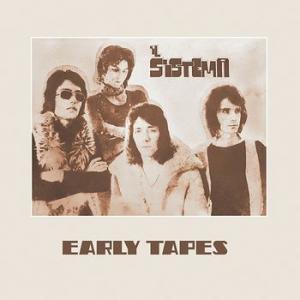 Anyone who has thoroughly studied the subject of progressive Italian rock, going beyond the usual 'fundamentals' that everyone knows, is probably aware that Il Sistema was a 'mythical' ensemble, belonging to the Ligurian prog-rock scene; they had a short life between 1969 and 1971, a two-year interval when - like many other colleagues - they unfortunately hadn't been able to release anything official on LP.

From those years there are still a handful of recordings, some of which have already been published, only twenty years later, in the collection "Il viaggio senza andata". Others, recently rediscovered by the multi-instrumentalist Ciro Perrino, have been included in this "Early tapes", thus completing the framework of the enormous potential and skills of a band that truly deserved more attention from music producers and listeners. All tracks here included have never been released before, including "Il tempio per una verde spirale", finally recovered in its full version. These songs won't probably leave you indifferent, in particular the long jazz-rock-tinged "Impro-non" and "Free system"; There's also a small 'pop' attempt in "La Balena" and a couple of short complex and unpredictable songs ("Gladiatoria", "Effe").

Given the era they were conceived, and the musicians' very young age, we can only imagine how important Il Sistema could have become if they had been noticed back in those days. From the ashes of Il Sistema, Celeste was born, authors of one of the most beautiful albums of the whole Italian prog scene, "Principe di un giorno".

"Early tapes" is released in a limited edition of only 300 copies, on blue vinyl, including the same album on a bonus CD.