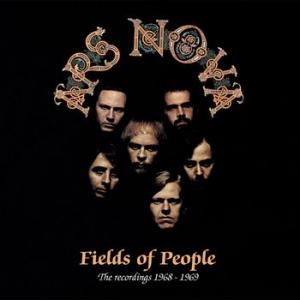 Esoteric Recordings is pleased to announce the release of a new re-mastered 2 CD anthology featuring all of the recordings by the American Psychedelic / Progressive band ARS NOVA released by Elektra & Atlantic records in 1968 and 1969.

Formed in New York City in 1967 by two former students from the Mannes College musical conservatory, Wyatt Day (guitar, keyboards, vocals), Jon Pierson (trombone, vocals) and Maury Baker (drums). The line-up was expanded by the addition of Jonathan Raskin (bass, backing vocals, guitar) and Giovanni Papalia (lead guitar). After spending some time rehearsing in rural Vermont, the band added Bill Folwell to their ranks on double bass and trumpet. Coming to the attention of manager Arthur Gorson (who also managed Phil Ochs and Judy Collins) the band secured an audition for Jac Holzman’s Elektra label and secured a contract soon after.

The band’s self-titled debut album was recorded at Sunset Sound studios in Los Angeles and was produced by Paul Rothchild (noted for his work with The Doors, Love et al). The ARS NOVA album was certainly ground-breaking for its use of unconventional instrumentation and for taking influences from the worlds of rock, ethnic and classical music. One fan of the album was ROY WOOD of British band THE MOVE (who would record a cover of Ars Nova’s Fields of People on their 1970 album Shazam!) ARS NOVA was issued in 1968 to much critical acclaim, but the band’s line-up made it difficult for the music to translate well on the concert stage. Appearances opening for The Doors failed to boost the band’s fortunes and the initial line-up of the band broke up soon afterwards.

This two-disc set gathers together all the recordings made by ARS NOVA for Elektra and Atlantic and has been newly re-mastered from the original first generation master tapes and features an illustrated booklet with new essay.