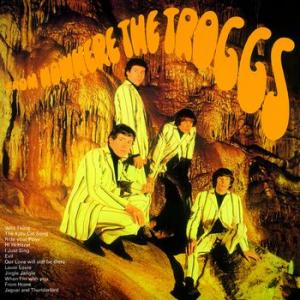 The Troggs' debut British LP was substantially different to, their first American long-player,, although eight of the songs appear on both records. "Wild Thing" is the highlight of the disc, and the rest of the set shows the primordial power of "From Home" and "I Just Sing," as well "Jingle Jangle," the first of Reg Presley's tuneful ballads. The album jumped to number six in the British charts all of a sudden. Often labeled as proto-punk pioneers for their primitive and raw sound the Troggs were part of the so-called british invasion.