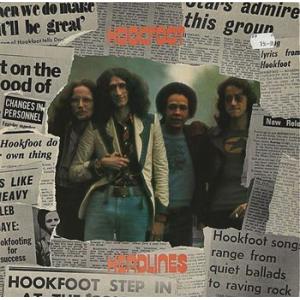 Caleb Quaye, Ian Duck, David Glover (later replaced by Freddy Gandy) and Roger Pope were session musicians who’d acted as Elton John’s backing band before embarking on a recording career themselves in 1971. Over the course of four studio LPs and one live set, they established themselves as one of the UK’s most musical rock bands, drawing on rock’n’roll, country, funk, blues and more, with Quaye standing out as a truly exceptional guitarist. This double compilation initially appeared following their split in 1974, and includes a cross-section of material from their studio albums, as well as four previously unreleased tracks. It makes its CD debut here, together with background notes and images.