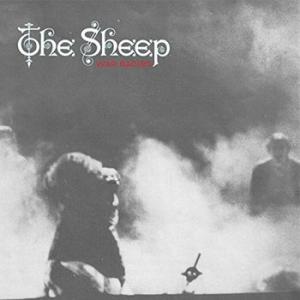 On 27th May 1973 Britain's top rock venue; the Rainbow Theatre in Finsbury Park, London put on a concert to a sold-out throng of 2,700 people. The main attraction on the bill was a bunch of longhairs who looked like archetypal Californian hippies, but in fact emanated from Milwaukee. Clearly taking their musical influences from bands like Jefferson Airplane while fused to a full-on declaration of Gospel truth, The Sheep would take the Christian rock scene by storm. With two albums and a rock opera soundtrack, The Sheep had arrived in a world that seemed ripe for salvation. Armed with fuzz guitars, Hammond organ and the leading talents of Greg Nancarrow, they were set to launch their own love revolution on the world via Nazi sympathizers and an estranged cult. Stoned Circle takes a precarious leap into psychedelic Christian rock and invites you to an alternative heavy Sabbath. Professionally re-mastered original sound recordings with informative liners, interviews and rare archival photos. You may have seen the light, but now it’s time to hear it!