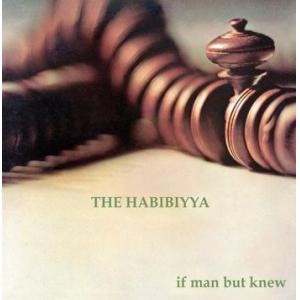 CD packed into a 4 panel digipack, UV gloss with a 12 page booklet

The Habibiyya’s sole album stands as one of the earliest and most beautiful pieces of world music ever recorded in Britain. The musicians involved (including three members of UK underground legends Mighty Baby) had been profoundly affected, both musically and spiritually, by visiting Morocco in 1971, and became adherents of the sufi faith. Upon their return to London they made If Man But Knew, featuring exotic instruments such as koto, shakuhachi and mandola alongside guitar, organ and drums, conjuring a hypnotic, other-worldly ambience in the process. It makes its long-awaited CD debut here, accompanied by detailed liner notes, previously-unseen photographs, five rare bonus tracks and an introduction by the group’s leader, Ian Whiteman.