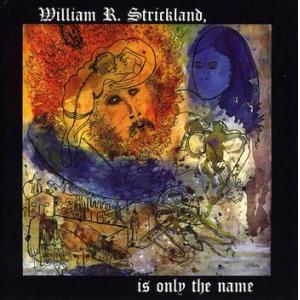 Released in both the UK and USA on Decca's Deram label in 1969, most music observers became aware of William R Strickland by his inclusion on the classic 1969 sampler album Wowie Zowie The World Of Progressive Music.

Strickland's album was an introspective and dark work that utilised avant garde synthesiser sounds on Computer Lover and orchestrated arrangements to make for an interesting fusion of poetry, folk music and the experimental. Once describing himself as a cross between Willie Nelso and Pink Floyd , an American newspaper once referred to him as A kinky cross between Mark Twain and Lenny Bruce . An album to appeal to fans of the strange, this Esoteric Recordings release has been remastered from the original master tapes and marks the albums first appearance on CD.