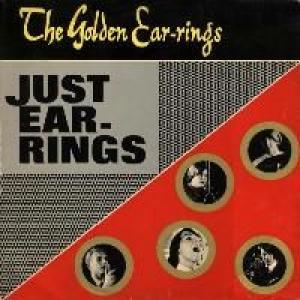 The Golden Ear-rings (name change to the singular Golden Earring in 1969) were pioneers - Holland's first home-grown beat-era stars: before The Motions, before Q65, before The Outsiders. Their first single hit the charts in April 1965 and began a career which still thrives today. "

Before the international smash Radar Love in 1974 the band had scored an unbroken run of Dutch hit singles during the 60's. Unlike most bands of the era, The Golden Ear-rings wrote their own material - they only ever recorded a single cover version.
The reissue of their first three albums - 1965's Just Earrings, 1967's Winter Harvest and 1968's Miracle Mirror - reveals that The Golden Ear-rings were amazingly assured, years before the international recognition. Bonus tracks from singles complete these reissues, making The Golden Ear-rings' entire recorded works available for the first time They were Holland's secret - but not anymore."

Their music combined the toughness of The Small Faces and the minor-key brooding melodies of The Zombies. They sounded like no one else, always melodic, always focused, always immediate. 1968's Miracle Mirror took on a psychedelic influence to create an album that stands alongside song-based classics like Odyssey And Oracle, Ogden's Nutgone Flake and The Hollies' Butterfly. "