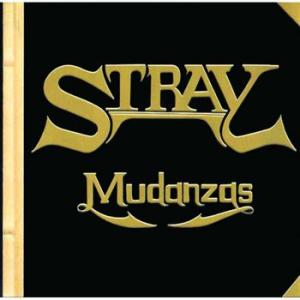 Mudanzas (Spanish word meaning to change or to move on) was the beginning of a new phase of Stray. It saw a more widescreen approach in terms of production, with orchestra and brass on tracks like the driving Come On Over. It certainly smacks of ambition and puts a bit more commercial sheen on the sound. Tracks like the brilliantly bluesy Gambler work well with the brass and the funky bass of Giles, who, along with Coles, is the powerhouse rhythm section that keeps the band motoring along. Pretty Thing, (athmospherique Hammond organ based) Oil Fumes And Sea Air, (The Who-sounding) Alright Ma and Leave It Down To Us are also stand-out tracks. Bromham’s guitar is fine as ever, the bands melodic hard rock instincts remained intact, and the harmony vocals he now also provided, add so much more to the music. The Mudanzas album was approached with a great sense of excitement and energy. The band felt that after years on the road at last they had the chance to show that Stray was not just another heavy rock band. This was a chance to really expand their music and show what they could do. Mudanzas was on another level to the previous three albums! Mudanzas brought the band their first gold disc and so many years after its release it is considered to be an acknowledged pearl of 1970 rock.