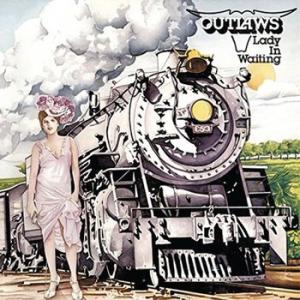 Lady in Waiting is the second studio album by American southern rock band The Outlaws, released in 1976. The album is best known for a cover version of Freeborn Man (previously recorded by Keith Allison and Paul Revere & the Raiders), which the band popularised and which eventually became a concert favourite. Henry Paul provided lead vocals on the studio track, but Harvey Dalton Arnold, who would join the band for their next studio album, would take the lead vocal after Paul's departure. It was eventually included on the 1978 live album Bring It Back Alive, with Arnold on vocals.

The band’s style is characterised by this and the two albums either side, The Outlaws (1975) and Hurry Sundown (1977). These three albums are considered their best work and feature all of the classic era band members, except for Frank O'Keefe who was replaced by bass player Harvey Dalton Arnold.