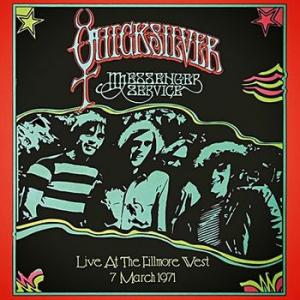 The Dino Valenti fronted Quicksilver Messenger Service were on fire during the penultimate night of rock's spiritual home in San Francisco, The Fillmore West.

On this memorable night in July '71, QMS performed several of the better tracks from their two Hawaiian albums as well as older choice material from Happy Trails and Shady Grove.

QMS fans will be delighted to discover a wealth of rarely performed material here, some songs destined for their next two albums and some that would never be officially released.