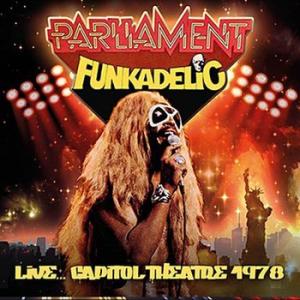 Following the excesses of their epic mid-70s tours, in September 1978 P-Funk embarked on a consciously loss-making 32-city 'anti-tour', during which they wore military fatigues and played in far smaller halls than they could have. The aim, said George Clinton, was 'to stay fresh and off an ego trip'.

Musically, however, they were as tight and exciting as ever, as is proven on this mammoth 3-hour set, performed at the Capitol Theatre, Passaic, NJ on November 6th 1978 and originally broadcast on WDHA-FM.

It's presented here in full, together with background notes and images.