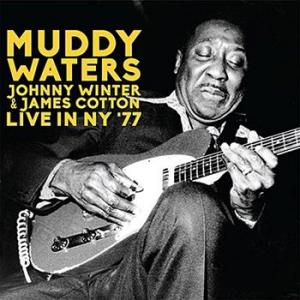 Steve Paul of Blue Sky Records, appeared as a saviour to both Johnny Winter and blues giant Muddy Waters, at a time when both musicians were facing hard times.

The result of his investment soon paid off, with the Hard Again tour combining the respected powerhouse of Waters and Winter joined by James Cotton, culminating in a further four albums being produced. Although this particular collaboration was short-lived, it has provided blues fans a rare opportunity to indulge in the work of two hugely important musical figures whose respect for each other is evidently unflinching.

Two live albums, Muddy Mississippi Waters Live and the more recent Breakin' It Up, Breakin' It Down have allowed a glimpse of the concerts from 1977-1978.

Disc One - Set One