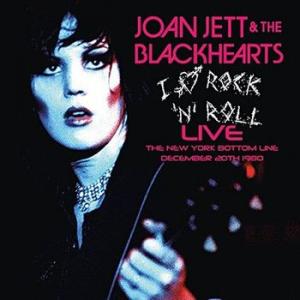 Having left the Runaways, Joan Jett clawed back her career by forming the Blackhearts and set about earning credibility the hard way.

Broadcast on WNEW-FM a month before her debut album in the U.S., this set performed at New York's Bottom Line Club, captures the band at their exciting, early best, playing in front of an appreciative crowd.

Featuring her signature song, I Love Rock'N'Roll, it's presented here together with background notes and images.