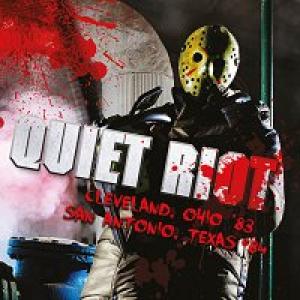 This superb live set, performed at the Civic Center in San Antonio on October 19th 1984, was broadcast on KLOS 95.5 FM and finds the quartet at the peak of their powers.

They are presented here together with background notes and images and features bonus tracks from their August 10th 1983 performance at the Agora Ballroom, Cleveland.