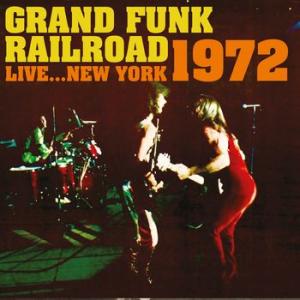 By late 1972 Grand Funk were firmly established as one of America’s most popular rock acts, and had recently expanded from their power-trio format by adding Craig Frost on keyboards. This Christmas show was a benefit for Phoenix House, a drug rehab center, and was broadcast on ABC TV’s In Concert show on January 19th 1973.

It finds them playing many of their best-known songs, as well as featuring two numbers by the great Freddie King. The band may have been embroiled in business hassles backstage, but in performance they are at their bone-rattling best. The set is presented here with background notes and images.