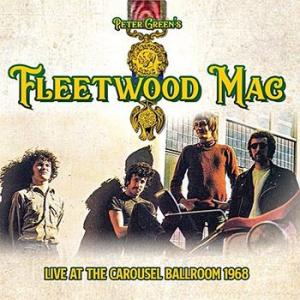 Having swiftly become Britain's most popular blues band, Fleetwood Mac embarked on their first American tour in June 1968, to coincide with the US release of their debut album.

Although they were unknown there, the quartet impressed audiences with their soulful combination of standards and Peter Green originals, including a three-night stand at the fabled Carousel Ballroom (alongside Jefferson Airplane and the Grateful Dead).

Originally broadcast on KSAN-FM, their second night there is presented on this release, together with background notes and images.